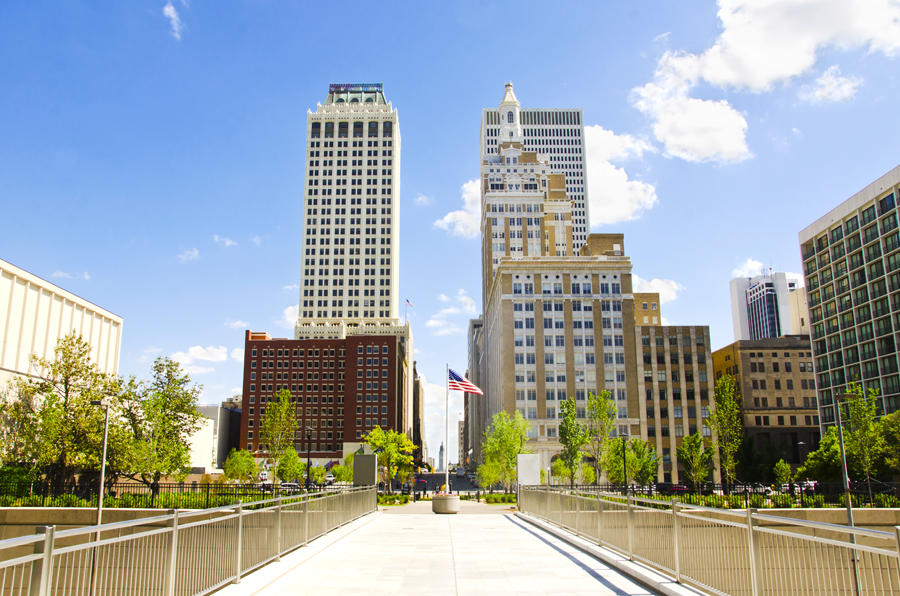 The Tulsa metropolitan surrounding area (MSA) is comprised of seven counties with an aggregate population estimated at 1,120,000 or about 25 percent of the population in Oklahoma. The gross product of all goods and services produced in the seven-county MSA is $57.7 billion or around 30 percent of the Oklahoma economy. The average household income is $51,623 and the median age of Tulsa-area residents is 36.8 years old. The total number of households in the metro Tulsa area is 386,739.

Cost of living 10 percent below the national average

No. 1 U.S. city where incomes are growing the fastest (GOBankingRates.com 2017)

No. 1 best place for women to start a business (Thumbtack.com 2016)

No. 3 most popular city for active millennials (ActiveNetwork.com 2017)

No. 3 nationally among Tier II cities for new and expanded facilities (Site Selection 2016)

No. 4 best large city for starting a business (WalletHub.com 2017)

No. 7 most entrepreneurial mid-sized metro (SmartAsset.com 2016)

One of the lowest cost of doing business in the nation