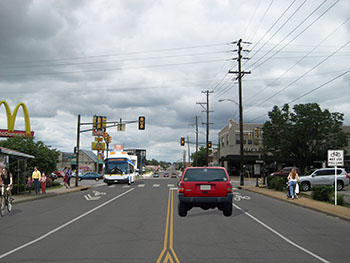 Established in 2009, the Transportation Advisory Board has been commissioned to advise the Mayor and City Council on all matters affecting land transportation in Tulsa including, but not limited to, streets and rights-of-way maintenance and construction, traffic engineering, mass transit, rail and trail systems.

The Transportation Advisory Board meets on the first Tuesday of every month, at City Hall, 175 East 2nd Street, Suite 411, 1 p.m.