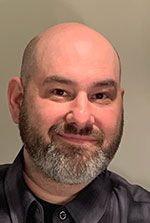 The Chief of Staff is responsible for providing strategy and project management for the Mayor’s Administration, including comprehensive strategic direction for the city.

“In our time together on the Tulsa City Council, I came to admire Blake Ewing as the conscience of what Tulsa can be - always challenging us to think bigger and aim higher,” Mayor G.T. Bynum said. “Blake is one of the best long-term thinkers I have ever known. He and I also share an old-fashioned notion that public service is more important than partisan politics. I am thankful Blake has agreed to join our team at the City of Tulsa as my next chief of staff.”

Ewing will be replacing Kathryn Junk, who recently announced she will be stepping away from her position.

“Kathryn Junk has been one of my closest advisors since I first started running for mayor in 2016,” Bynum said. “She stepped away from her career in the private sector to serve as my chief of staff at a crucial time for Tulsa and our team at City Hall. Always eager to put others out in front for the credit when things go well, Kathryn helped me navigate a series of important personnel changes and policy initiatives. I am so grateful for the sacrifices she and her family have made to build a better Tulsa.”

“I’ve witnessed firsthand the tireless work of our devoted public servants even through these past few years that brought what were seemingly impossible challenges,” outgoing Chief of Staff Kathryn Junk said. “The Mayor aims high and works hard and he has built the best team to help him achieve big things for our city in the last years of his administration. I’m forever thankful I got to be a small part of it.”

Ewing said he is excited to work with Mayor Bynum and his team and return to City Hall.

"I'm honored to be welcomed back to City Hall to serve in this position. I love this community and look forward to working with Mayor Bynum and his staff as we move Tulsa forward," Ewing said. "Some of my favorite memories are from my time serving at City Hall with Mayor Bynum. I couldn't pass up the opportunity to do it again."

Prior to his role as Chief of Staff, Ewing served as the Chief Operating Officer and Creative Director at OKPOP, the Oklahoma Museum of Popular Culture. A former District 4 Tulsa City Councilor from 2011-2018, Ewing is an entrepreneur who played a role in the renaissance of Downtown, opening several businesses in the Blue Dome District.

Blake and his wife Julie are the proud parents of three children. Ewing continues to be a strong public advocate for all things Tulsa, most noticeably in Downtown and through his efforts to promote Route 66.