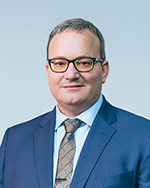 Today, Mayor G.T. Bynum announced the appointment of Jack Blair as the new City Attorney for the City of Tulsa.

Following several rounds of interviews and vetting processes, Blair interviewed with a stakeholder panel consisting of members from the Tulsa City Council, City of Tulsa, and area attorneys, including former United States Attorney Trent Shores, before being ultimately selected to serve as the Tulsa City Attorney.

The Mayor’s appointment will now go before the Tulsa City Council for consideration.

“Jack Blair is one of the most knowledgeable people living when it comes to the Tulsa city government,” Mayor G.T. Bynum said. “Dozens of elected officials and city councilors, in addition to multiple auditors and mayors, have trusted and relied upon his judgment and legal advice over the course of carrying out their work. I believe him to be the best person to serve the citizens of Tulsa as their city attorney, and appreciate the Tulsa City Council’s consideration of this appointment.”

Blair has a distinguished record of service to the City of Tulsa, having served as the Director of Research, Policy & Budget for the Tulsa City Council for 12 years before serving in Mayor Bynum’s administration for the last five years as first the Chief of Staff and now the Chief Operating Officer.

“The City has a remarkable team of legal professionals who go to work every day, not just to mitigate legal risk, but to improve outcomes for citizens,” Blair said. “Residents don’t often see all of the hard work they do behind the scenes, but I see it every day. It has been my highest honor to serve Tulsans in different capacities for nearly two decades, and I couldn’t be more grateful for the chance to continue that service working with this team.”

Background in City operations have afforded Blair the opportunity for involvement in policy development, budgeting, operations and management. In addition to his current duties in the Mayor’s Office, Blair serves as the Planning Commissioner and Trustee of the Tulsa Utility Board and Tulsa Authority for the Recovery of Energy.

Prior to Blair’s time at the City of Tulsa, he served as the Assistant Attorney General for the Muscogee Nation, Attorney & Project Manager for the Trust for Public Land, and Attorney at BlueDog, Olson & Small, PLLP in Minneapolis.

Blair graduated from the University of Oklahoma College of Law with a Juris Doctorate and has been an active member of the Oklahoma Bar Association since 1996. Blair also holds a Bachelor of Arts, English from Oklahoma State University.