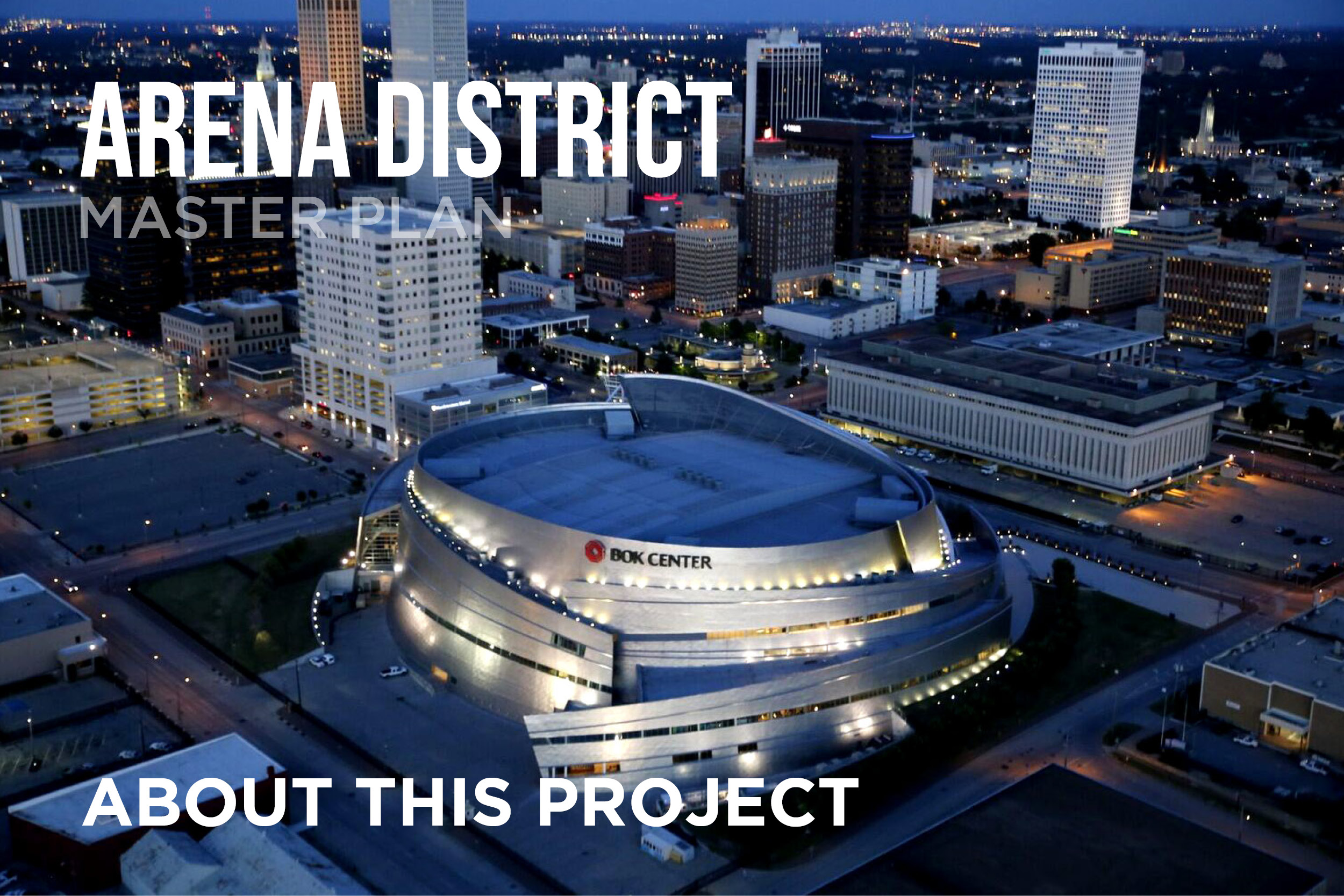 Launched in February of 2018, the Arena District Master Plan effort will help guide the City and its partners in developing improvements to the District’s public realm. This master planning process will assess the current state of the District, evaluate the potential of public infrastructure investments, identify opportunities for private development, and provide a phased roadmap for future decisions.

The District rests advantageously on the western edge of a revitalizing central business district.  Public life in the District is consistently activated by events at the BOK Center, Cox Business Center, and patrons of the civic institutions within, but the numerous destinations in the District suffer from a lack of cohesion, and the District lacks the public space amenities needed to capture the imaginations of people.  There is no better time to begin the process of strengthening the District’s place in the IDL, working to integrate the District more fully with the revitalization efforts taking place in nearby neighborhoods by developing a plan for public improvements for fueling redevelopment, growth, and longevity.

Project Principles
Below are the five planning principles that will guide our team for the remainder of the master planning process. 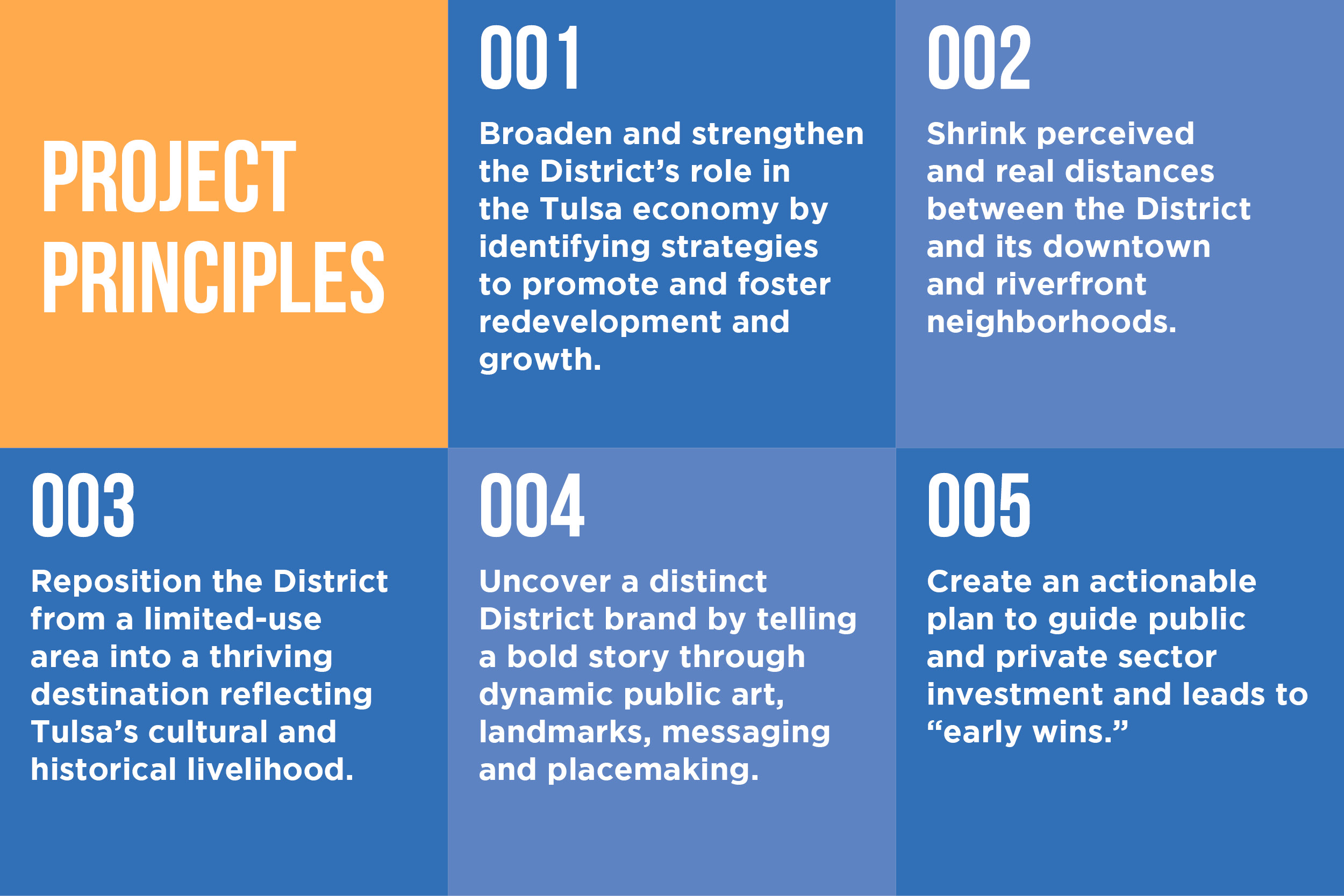 Study Area
The Arena District is composed of a 30-block area on the western edge of downtown. As seen in the graphic, the study area boundaries include the railroad tracks to the north, Boulder Avenue to the east, 11th Street to the south, and the railroad tracks along the west. 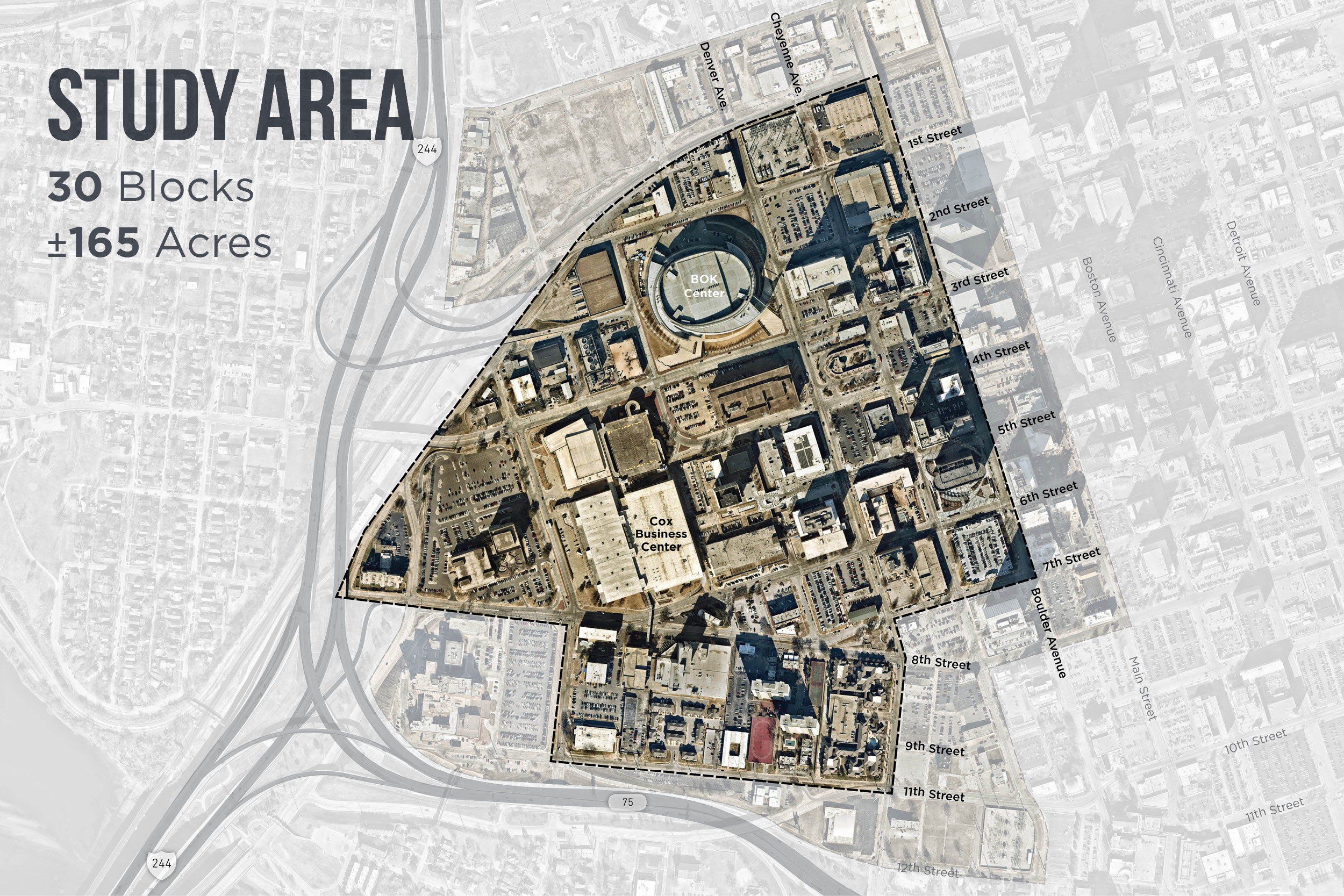 The planning effort kicked off in February 2018 and will be completed within 8 months. The process is divided into five tasks, and includes three public workshops open to the Tulsa community. 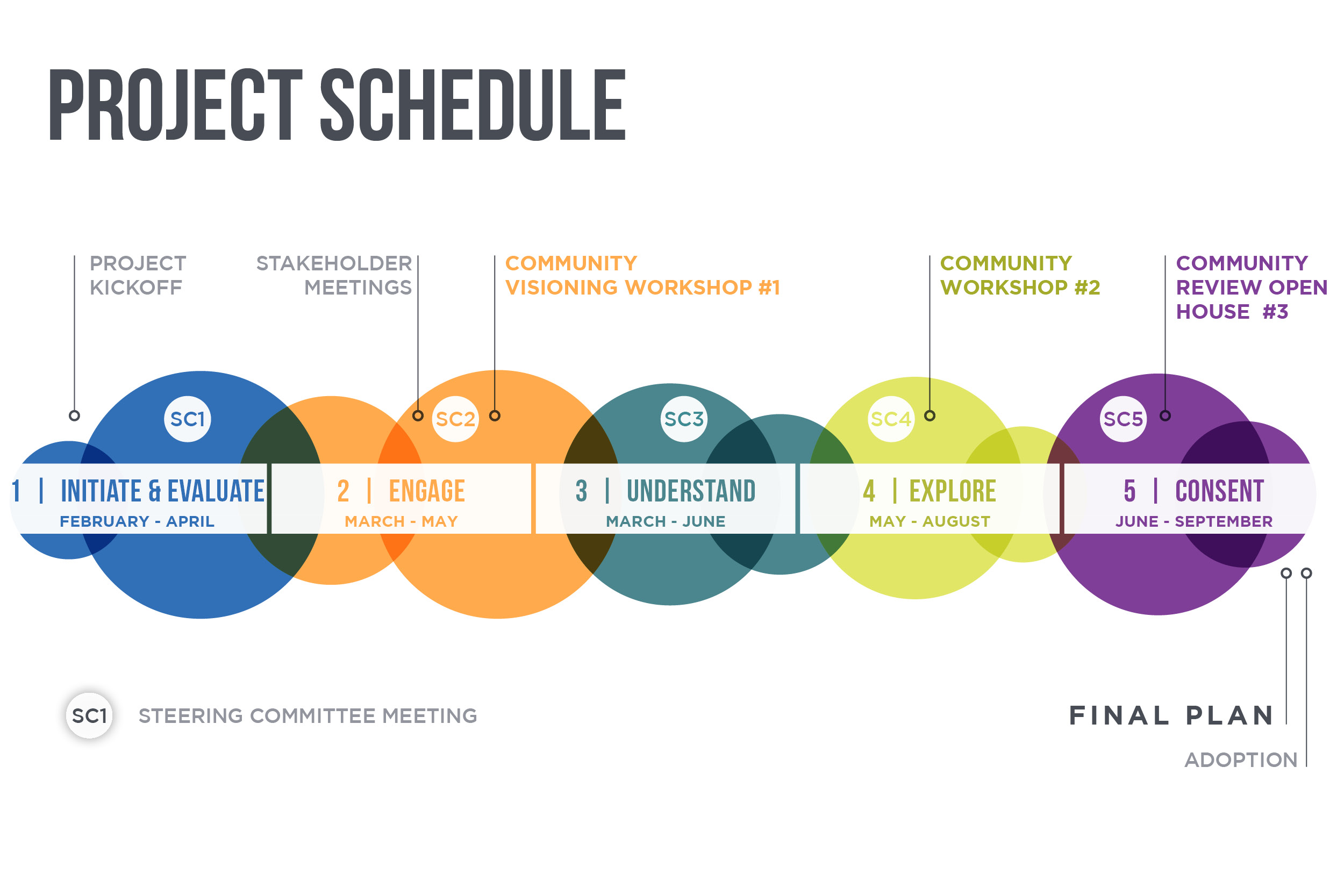